Working with long time collaborator and friend of the studio, Orlin Culture Shop, we had a great time conceptualizing, designing and building a prototype learning software platform, Mowrey Manor. The client wanted to explore presenting education material in a house/room format, with each room acting to serve different subject matter content. We had fun handling this prototype, with tasks ranging from character design, character scripting/voiceovers, level/room/content design, illustration and iOS development. 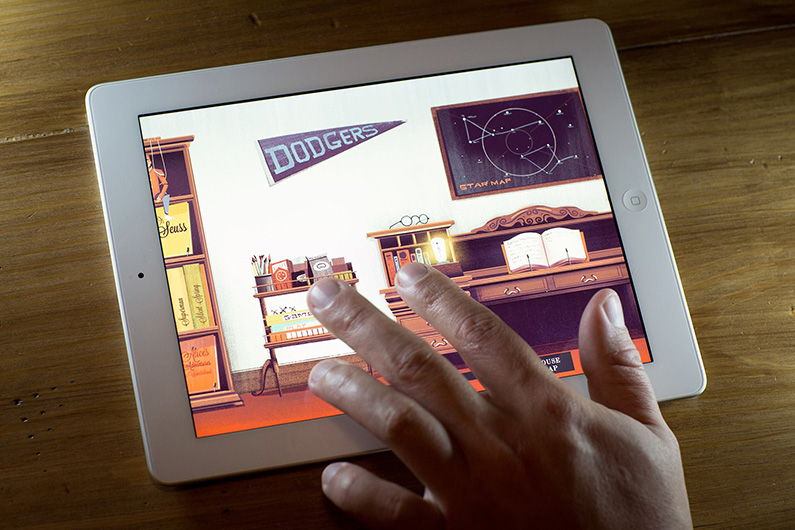 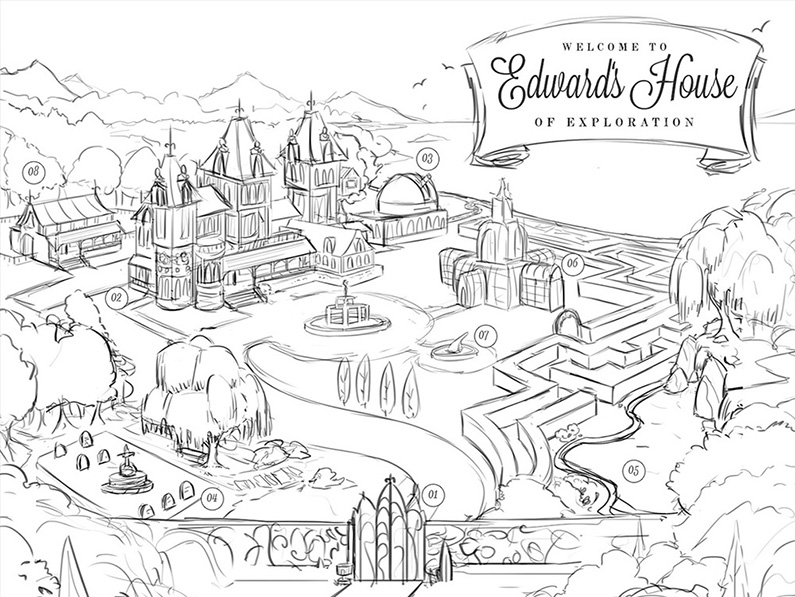 The aerial map acts as the primary navigation to reach the all nested buildings and and rooms of the property. 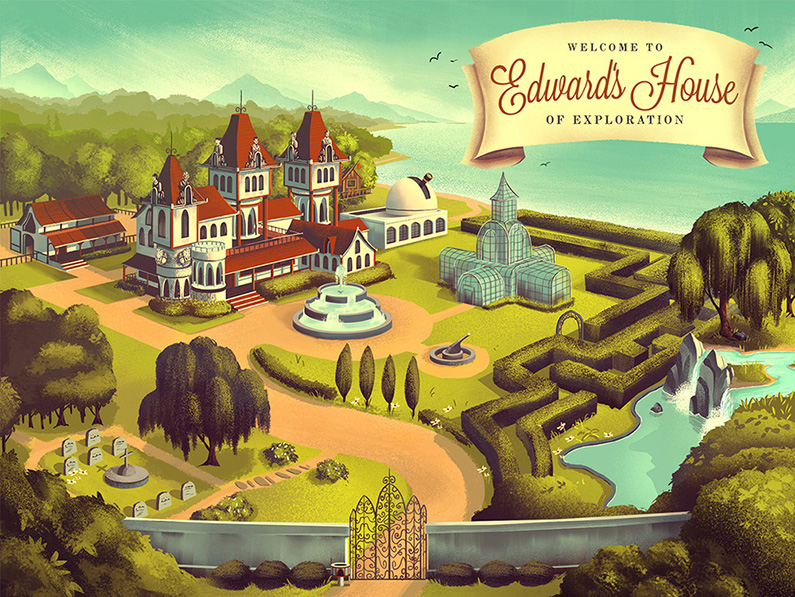 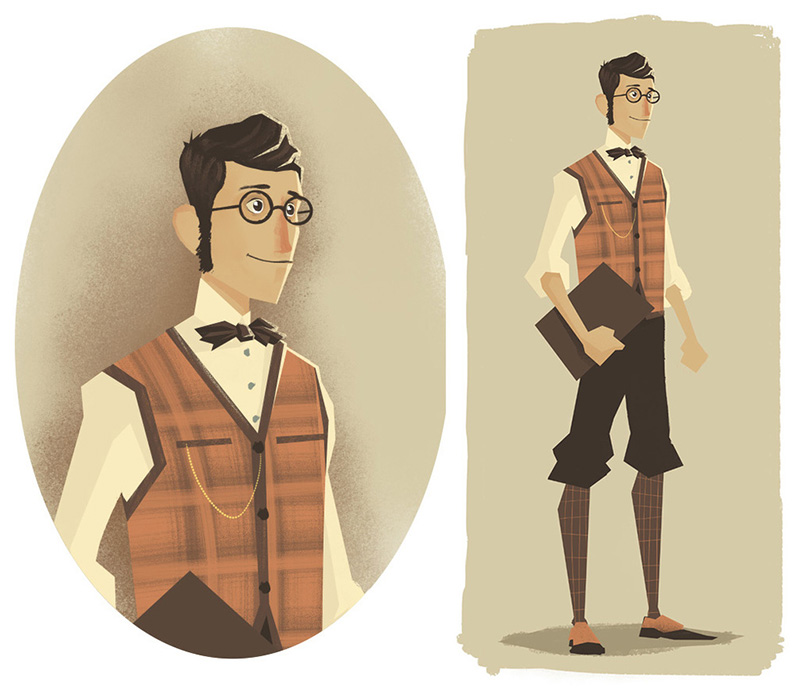 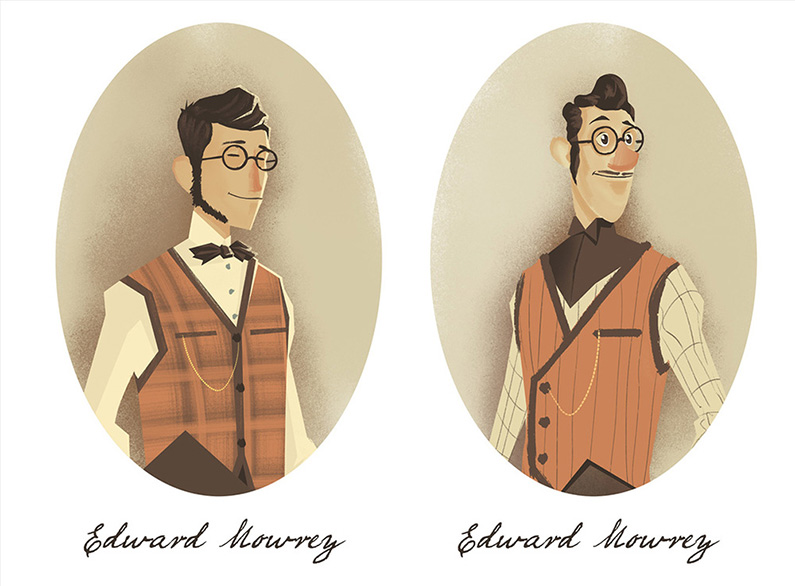 Interior room views. Each unique item in a room serves as a content trigger. As more content is viewed, new objects become unlocked, providing a content specific quiz once a room has been cleared. 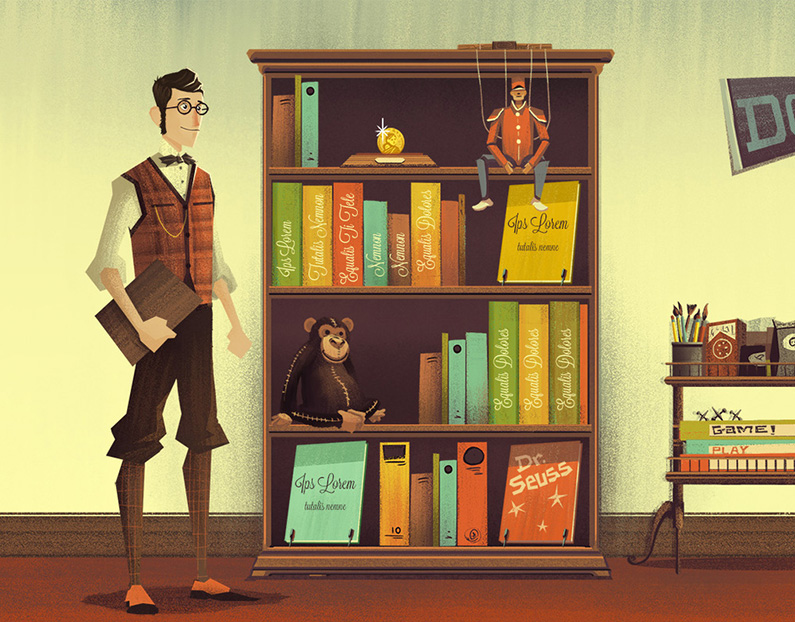 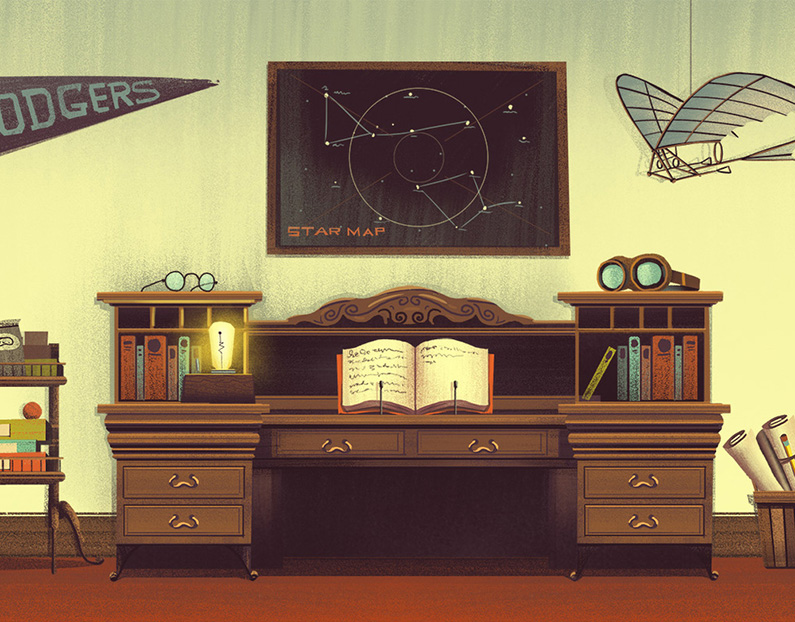 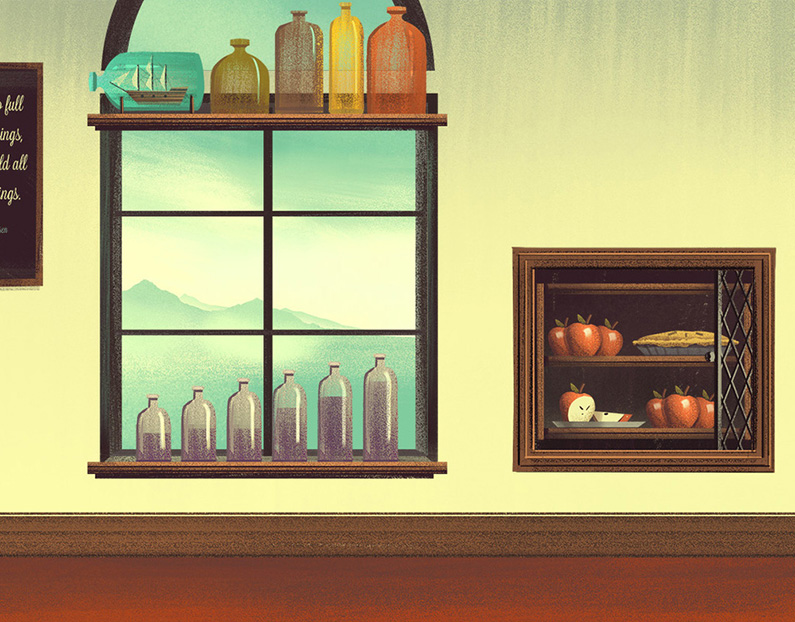 Each room in the house has a global map to allow transfer from room to room, allowing for subject matter switching. The vestibule acts as an entry point to reach all rooms, as subject specific content from all rooms is present on it’s walls. 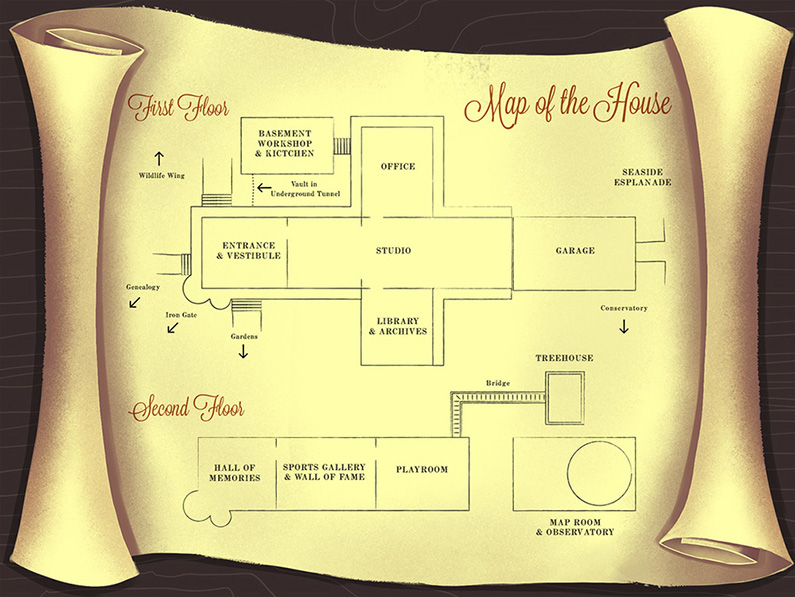 ‘In The Beginning’ film

Motocross groups PanicRev and Racer X reached out to us to art direct and design several pieces of collateral and elements of the film for ‘In The Beginning: The Trey Canard Story’. The film tells Trey Canard’s story, one of American Honda’s factory Supercross/Motocross racers.

Titles/Icon design (which we also set into motion in the film): 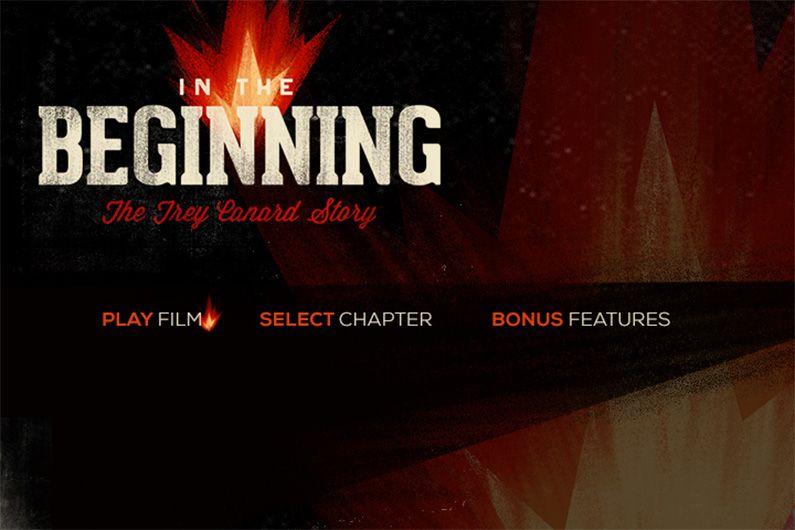 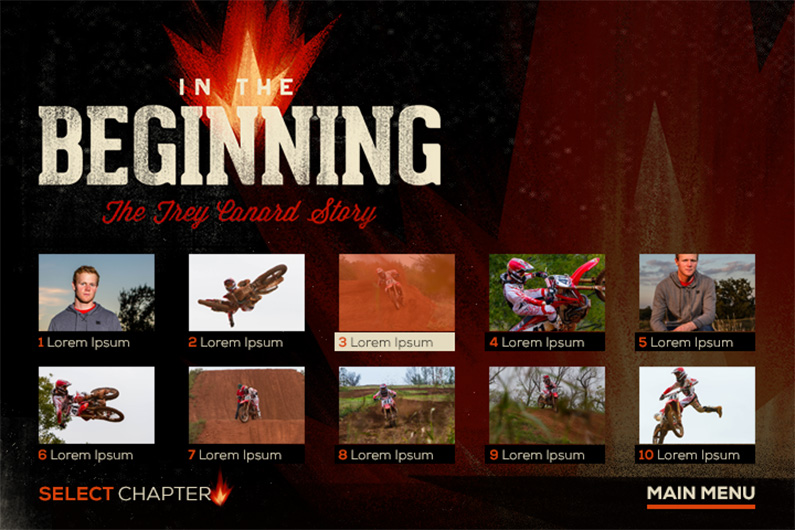 Key titles for interviews/etc within the film: 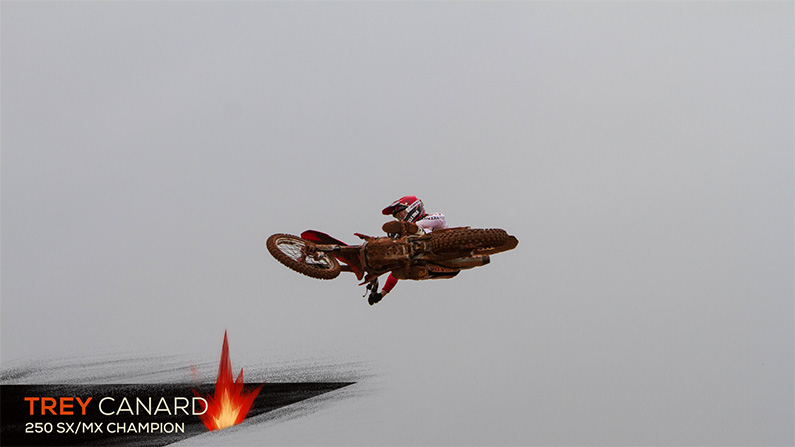 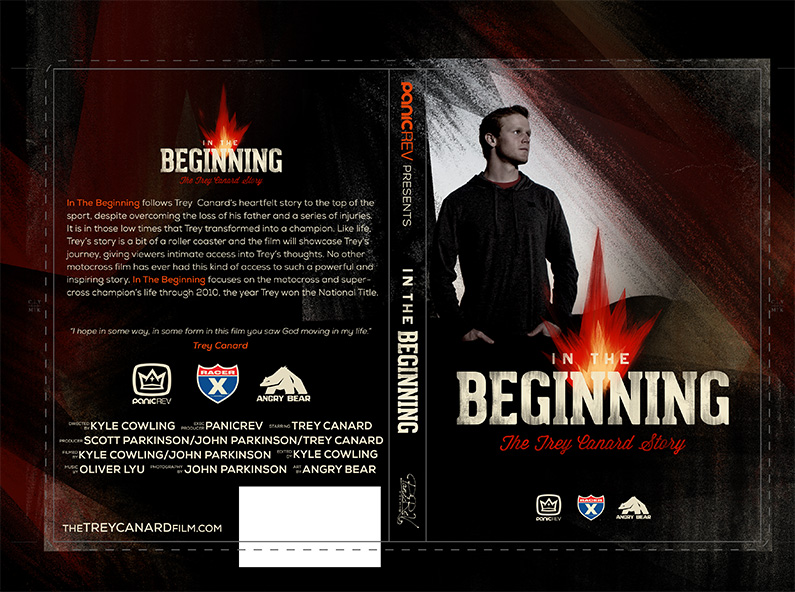 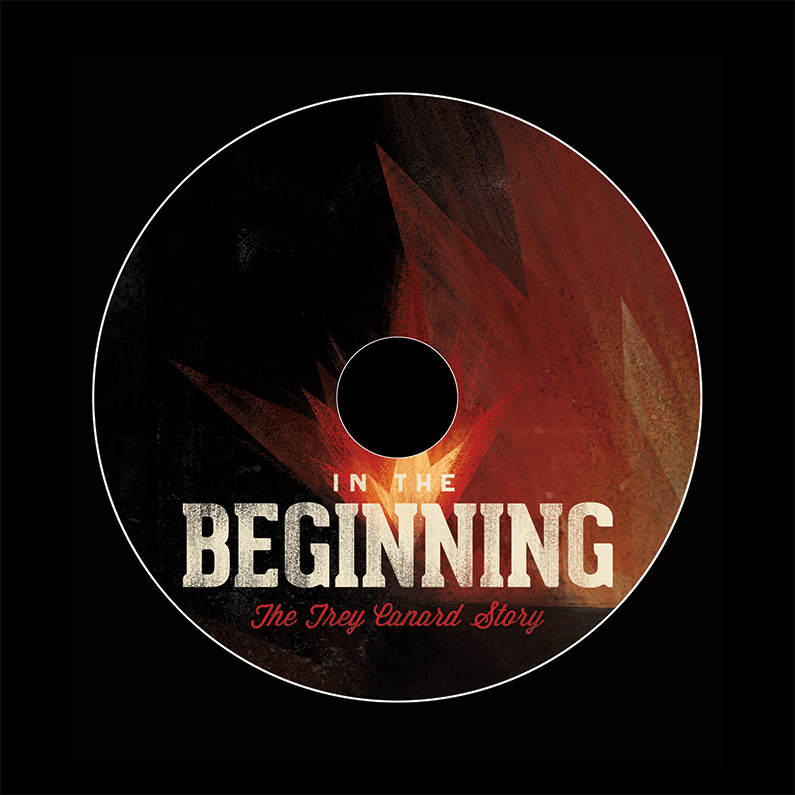 View the trailer here or purchase the film here.

Working with North Carolina based adventure sport gear manufacturer, Sylvan Sport, Angry Bear produced a new product feature site for their flagship product – the GO. After directing an initial shoot with photographer John Powell of Blue Collar Studios, we positioned the marketing of the cutting edge trailer to be organized by the many activities it’s owners engage in. The GO is designed to be flexible – a backcountry base station that within minutes transforms into a transporter cable of carrying an assortment of bikes, boats and ATV’s. 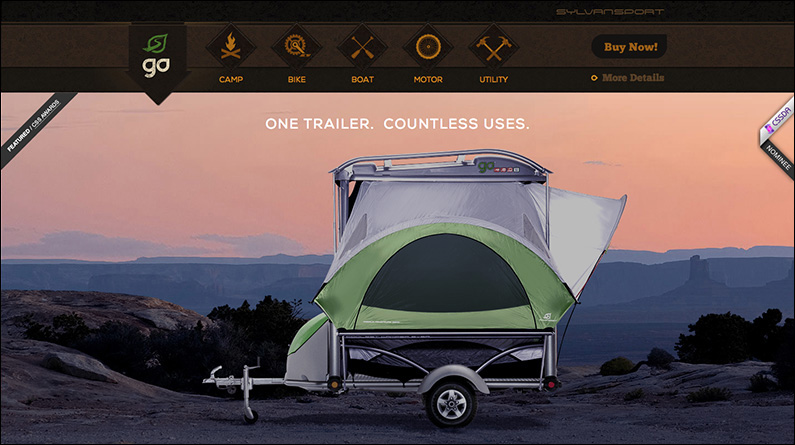 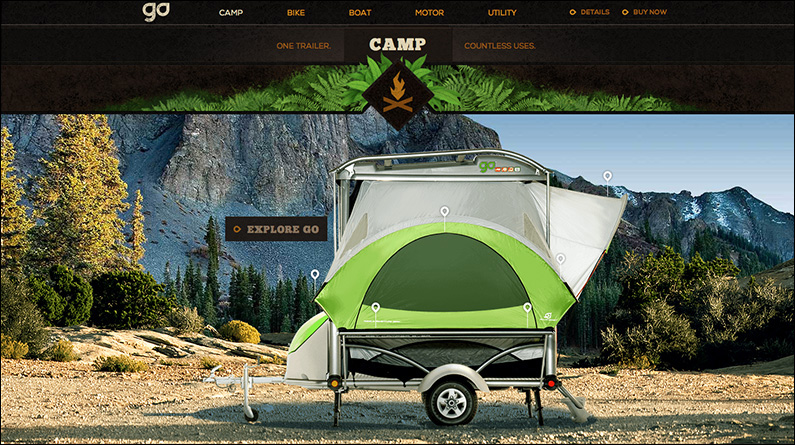 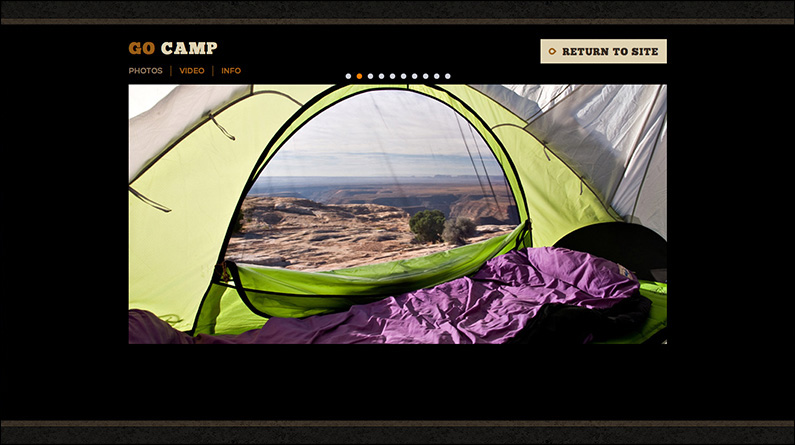 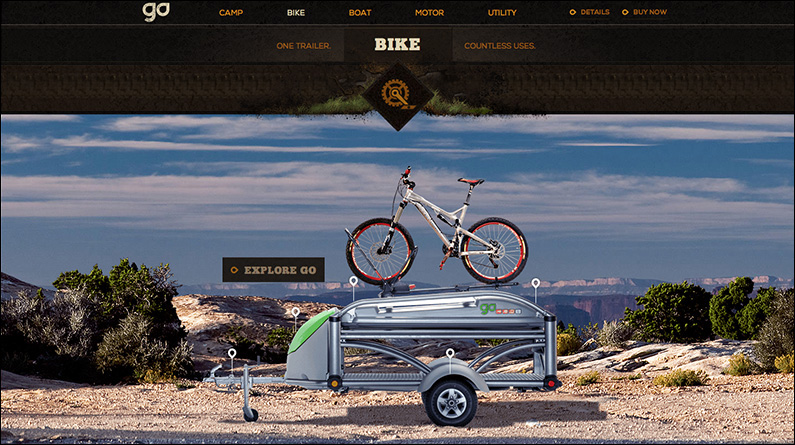 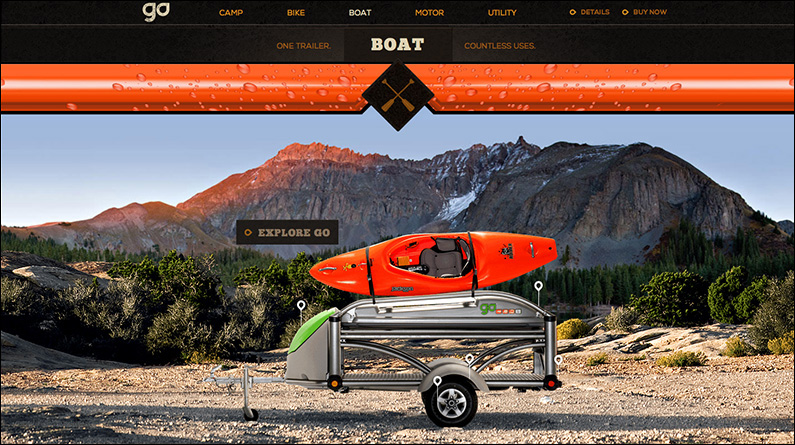 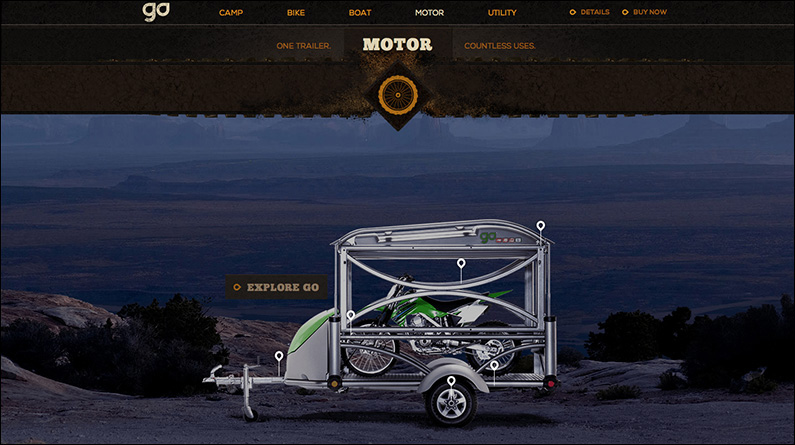 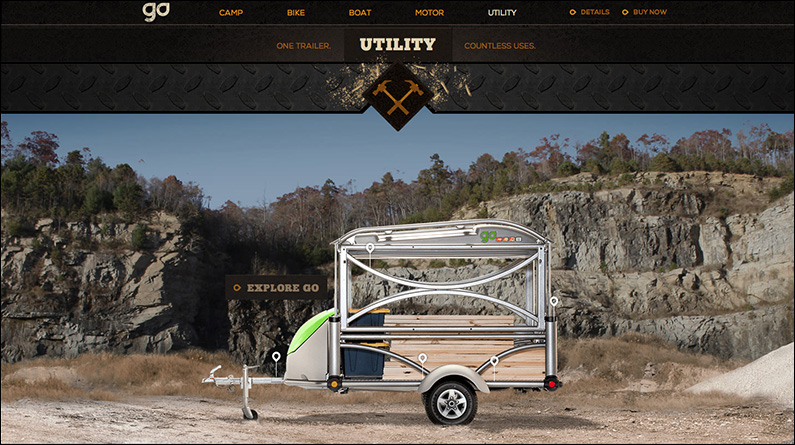 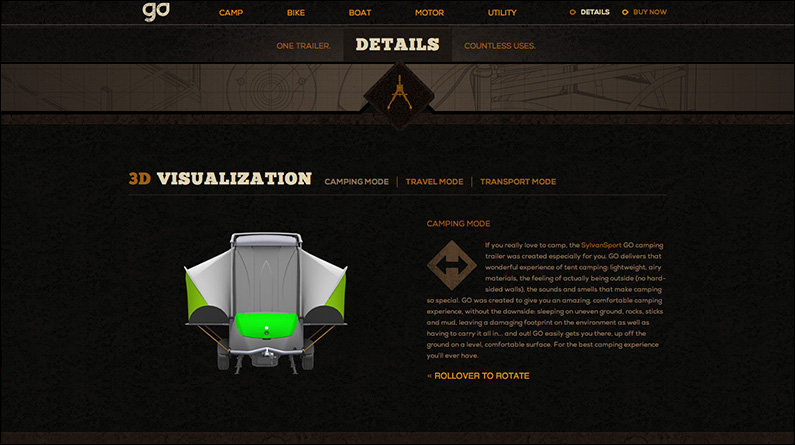 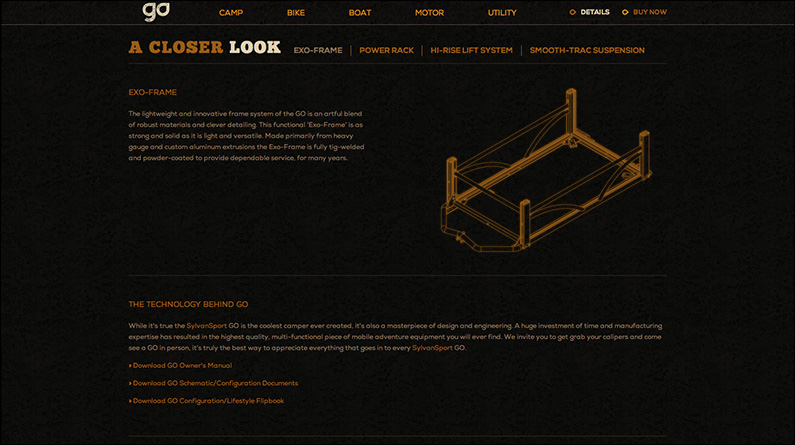